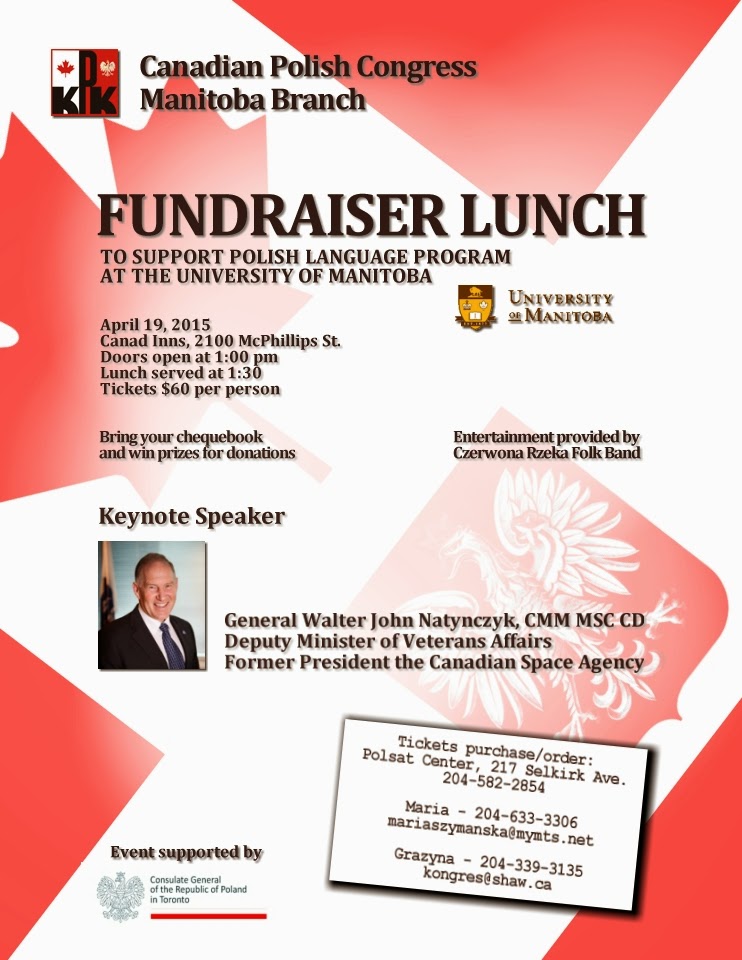 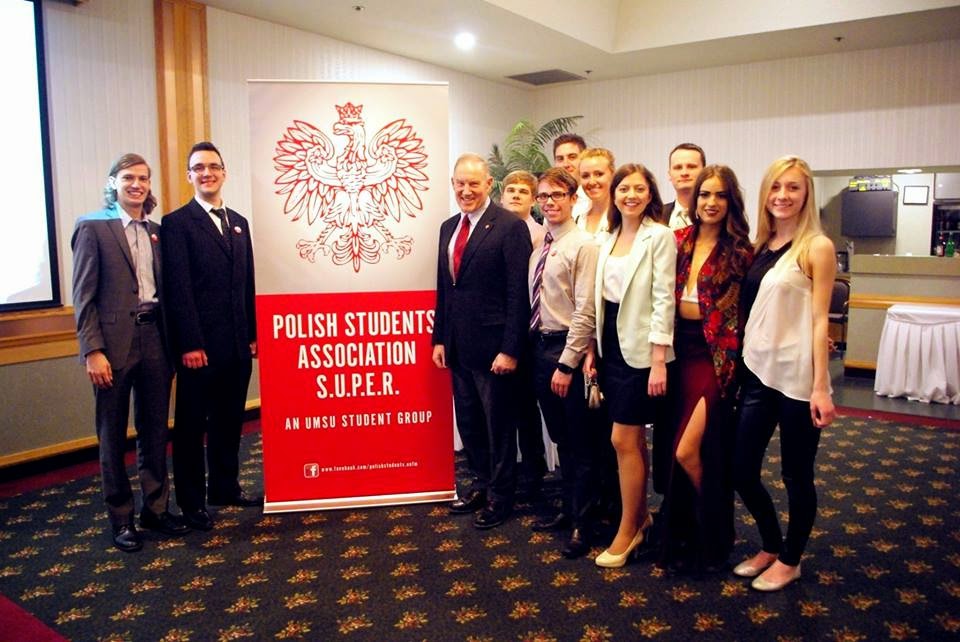 The Canadian Polish Congress, Manitoba Branch, sponsored a luncheon in support of the Polish Studies Program in the Department of German & Slavic Studies, in order to raise money for the Polish Studies Fund. The event took place on Sunday, April 19, 2015 at the Garden City Canad Inn.

The keynote speaker at the event was General Walter Natynczyk, Deputy Minister of Veterans Affais and former president of the Canadian Space Agency. General Natynczyk was raised in Winnipeg's North End, and graduating from Sisler High School.  He joined the Canadian Armed Forces in 1975, and over the years his career would take him to Germany, Cypress, Bosnia-Herzegovina, and Croatia. General Natynczyk served as Canada's Chief of Defence from 2008-2012.  After returning to civilian life, he became president of the Canadian Space Agency, from 2013-2014. and is currently serving as Canadian Deputy Minister of Veterans Affairs.

The well-attended event, included several dignitaires, including:  His Excellency, Grzegorz Morawski, the Council General of the Republic of Poland (Toronto); the Honourable, Flor Marcelino, Manitoba's Minister of Multiculturalism and Literacy,  and  the Honourable, Melanie Wight, Manitoba's Minister of Children and Youth Opportunities. Present at the event,  and representing the University of Manitoba, were: Dr. Greg Smith, Associate Dean of Arts: and Dr. Stephan Jaeger, Head, Department of German & Slavic Studies. The event also honoured the Department's Instructor for Polish Studies, Professor Magda Blackmore, who over the past decade, has built-up and greatly promoted the Polish Studies Program at the university.
Posted by James Kominowski at 12:42 PM No comments: