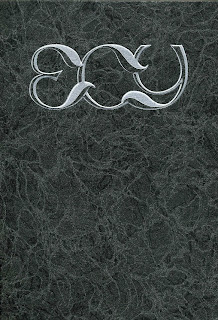 This valuable resource containing entrees related to modern Ukraine, is an ongoing project under the auspices of the National Academy of Sciences of Ukraine, which publishes approximatley one volume a year. It is the first  large scale and exhaustive national encyclopedia produced in independent Ukraine. Among the entrees, are both personalities in Ukraine, and abroad, -- along with major figures in the Ukrainian diaspora. Included on the editorial board,  is the well-known writer, and former Ukrainian dissident, Ivan Dziuba. The first volume of Entsyklopediia Suchasnoi Ukrainy, was printed in 2001.

Entsyklopediia Suchasnoi Ukrainy is available in the Slavic Collection's Reference area, under the call number: Slav Ref AE 60 U4 E54

Posted by James Kominowski at 8:56 AM No comments: