New Book on the Russian Empire in Colour 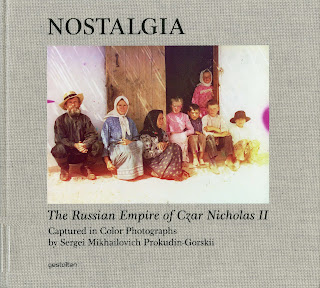 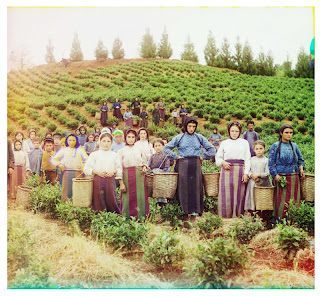 One of the restored photos by Sergei Mikhailovich Prokudin-Gorskii,
showing Georgian tea workers near Chavka, ca. 1910

Starting in 1909 until 1915, chemist and pioneer photographer, Sergei Mikhailovich Prokudin-Gorskii, photographed the various peoples and places that comprised the vast Russian Empire. Using a method involving colour-sensitive glass plates and 3-coloured filters (blue, green and red), Prokudiin-Gorskii was able to capture the diverse nations, folklore and landscapes in colour. With the support of Tsar Nicholas II, the Transportation Ministry provided him with a specially equipped railway car, in order to accomplish this unique project.

Of the nearly 2000 photographs taken, 300 of them were meticulously restored by the Library of Congress, which had purchased the collection back in 1948 (Four years after the death of Prokudin-Gorskii). The restored images are showcased in the book, Nostalgia. The Russian Empire of Czar Nicholas II (by the German Publishing House, Gestalten). It is available in the Slavic Collection's Reference area, under the call number,  Slav Ref DK 262 P76 2012, -- with a circulating copy, held in St. Paul's Library (Fort Garry Campus,University of Manitoba).

Posted by James Kominowski at 2:27 PM No comments: