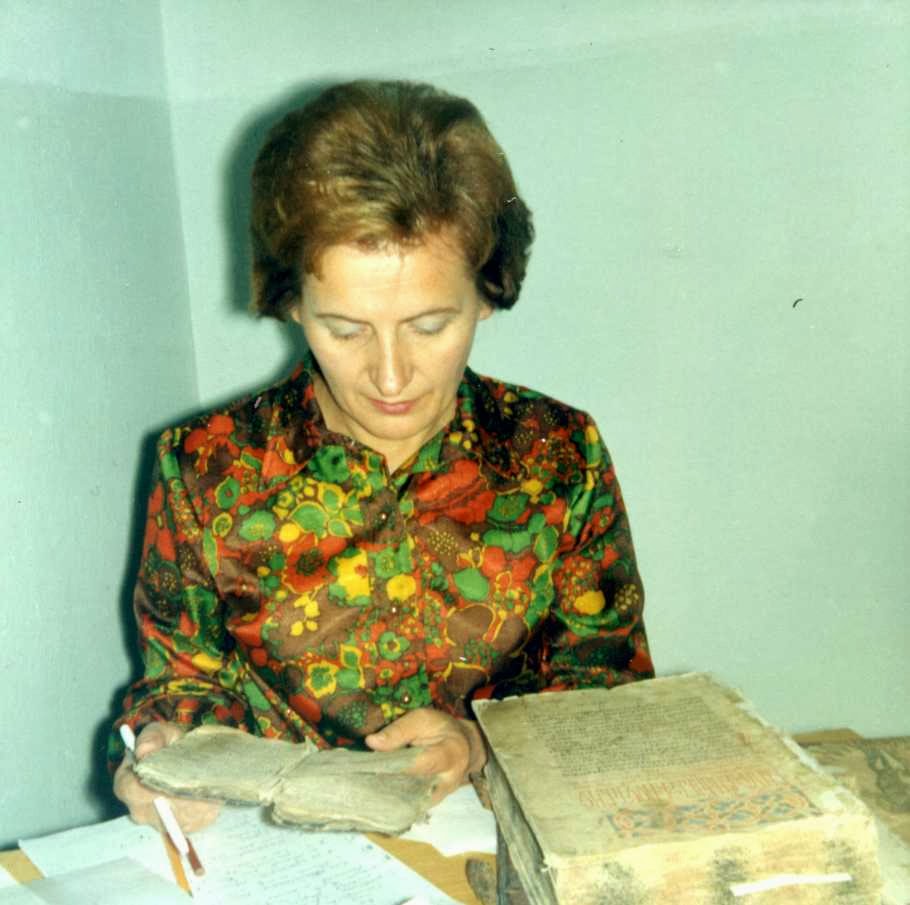 Dr. Iraida Gerus Tarnawecky was born in Pochaiv, Volyn’, Ukraine, in 1924. In 1949, she obtained a B.Sc. from the Georgia Augusta University, Goettingen, Germany. After immigrating to Canada in 1950, she obtained an M.A. from the University of Manitoba (1964) and a Ph.D. from the Ukrainian Free University (Munich, Germany, 1965). Dr. Tarnawecky was married to the late Professor Emeritus Michael Tarnawecky (Faculty of Engineering), and the couple had two daughters, Marusia and Natalka. From 1963 to 1968, she served as a sessional and full-time lecturer with the Department of Slavic Studies (University of Manitoba).  In 1968, she was appointed Assistant Professor with the department, was promoted to the rank of Associate Professor in 1975, and to the rank of Full Professor in 1984. Upon her retirement from the Department of German and Slavic Studies in 1993, Dr. Tarnawecky was honoured with the title of Senior Scholar. She passed away on July 5, 2011.

Dr. Tarnawecky was a renowned Slavic linguist and onomastist, who had a keen interest in Slavic philology and Cyrillic paleography. Her publications include two books and many articles pertaining to her research field.  She  published both nationally and internationally. One of her most important publications is entitled East Slavic Cyrillica in Canadian Depositories (1981), a monograph identifying Canadian collections, both private and public, containing cyrillic manuscripts and early books. In order to compile the material for her research, Dr. Tarnawecky visited 87 institutions and private collections throughout Canada. In 1974, Dr. Tarnawecky was the first Canadian academic chosen in an agreement between the Canada Council and the former U.S.S.R. Academy of Sciences to carry out a research program in the history of Slavic languages at the Linguistic Institute in Moscow and Kyiv. She remained active throughout her career in various associations and committees, including Vice-President of the Canadian Society for the Study of Names, Chairperson of the Humanities Section of the Ukrainian Academy of Sciences in Canada (UVAN), member of the Senate for St. Andrew’s College Library, editior of the Onomastica series, and a former member of the Canada Council Selection Committee for Doctoral Scholarships in the Humanities and Social Sciences. In 2002, as part of their continued commitment to the Ukrainian community, Dr. Tarnawecky and her husband, funded an academic legacy.  The Professors Michael and Iraida Tarnawecky Distinguished Visiting Lecture Series was established at the Centre for Ukrainian Canadian Studies, St. Andrew's Colledge, at the University of Manitoba.

In 2004 and 2007 Dr. Tarnawecky donated two separate accruals of the her archives to the University of Manitoba Archives & Special Collections. The Iraida Tarnawecky fonds (Mss 213, Pc 189, Tc 112 (A.04-126, A.07-06) consists of: correspondence, research material pertaining to her field of study and career, photographs and audio-recordings. One of the recordings in the collection, is an interview with Dr. Savella Stechishin,, where she discusses the reasons behind her writing the famous Traditional Ukrainian Cookery cookbook, which has become a rare and much sought after publication.
Posted by James Kominowski at 11:18 AM No comments: