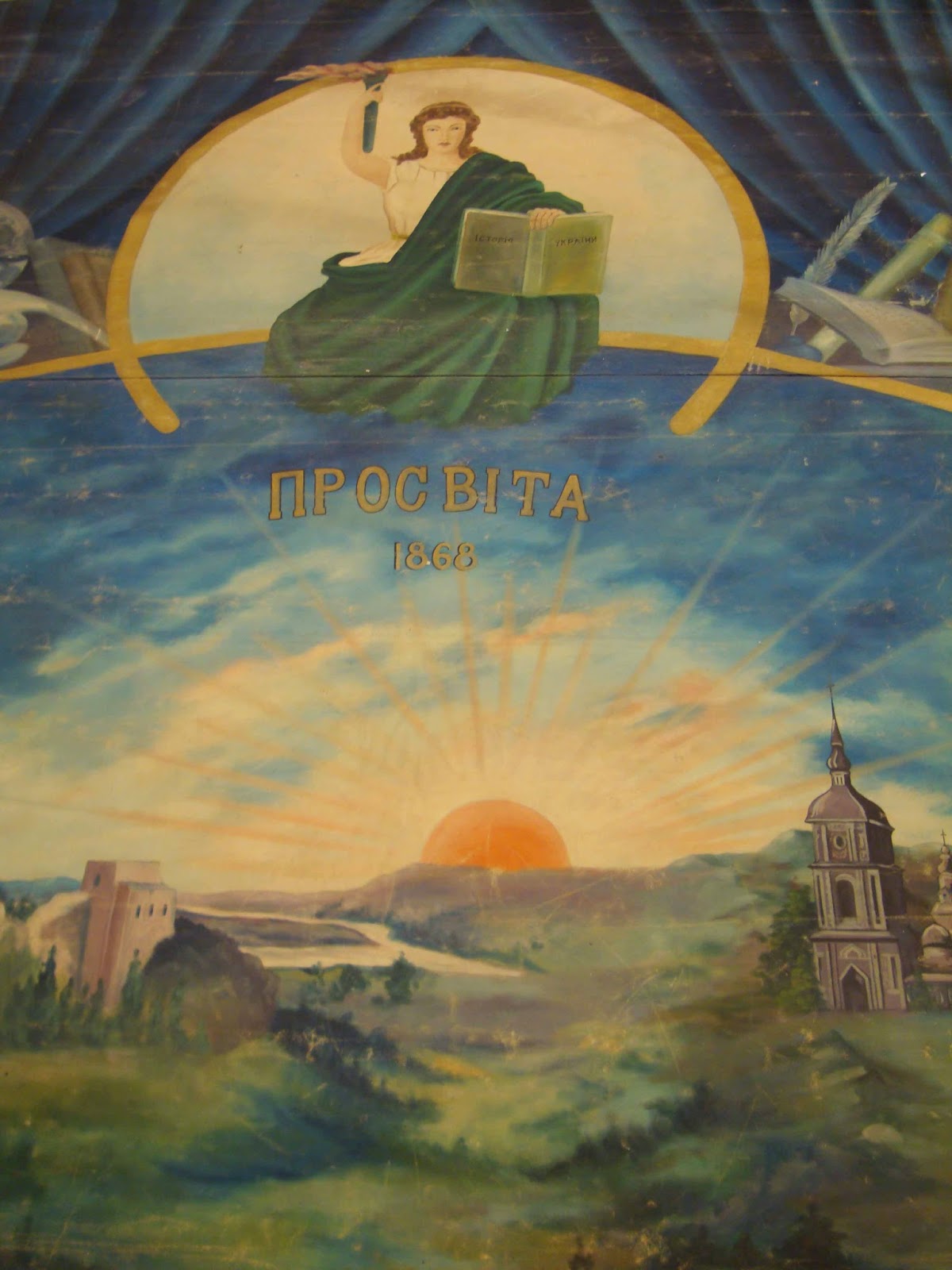 The Ukrainian Reading Association, Chytal’na Prosvita was founded in 1903 by the members of Sts. Volodymyr and Ol'ha Ukrainian Greek-Catholic Cathedral in Winnipeg. The goal of the association is to promote and foster the Ukrainian culture (language, history, geography) through the education of ordinary people. The movement of the enlightenment society “Prosvita” started in Lviv, Western Ukraine in 1868. The first Ukrainians coming to Canada who were members of the mother organization in Ukraine brought this idea with them to Winnipeg. They first held meetings at the St. Nicholas Ukrainian Catholic Church, and later at Sts. Volodymyr and Ol'ha Cathedral and opened their school “Ridna Shkola” in 1918. In 1919 the members of the Chytal’na Prosvita discussed the possibility of purchasing their own building. Eight members of the association loaned their own money to purchase the house at 667 Flora Ave. The building was officially open on October 9, 1921 and blessed by Metropolitan Andrei Sheptyckyj. A list of donors who contributed to the Ukrainian Reading Association’s building was hung on the wall in the new building.

With the purchase of the new building, new organizations came into being such as the Benevolent Association of  Chytal’na Prosvita - the Mutual Aid Society (1927); the Women’s Organization of Maria Markovych (1931); and the “Plast” youth organization (1930). In addition, to the above mentioned, organizations many other groups and institutions used the building for their own activities: the Society of Volyn, and Research Institute of Volyn; the Ukrainian National Federation, the North Winnipeg Credit Union, and various musical and theatrical groups. “Chytal’na Prosvita” also had a large library with over 400 books. They were used by the Ukrainian community of the North End.

In 1982 a big fire destroyed most of the building and although costly repairs kept it going for a while, it deteriorated to the point that the members of Chytal’na Prosvita decided to sell the building. Chytal'nia Prosvita's building finally closed its doors on May 31, 2001. The Chytal’na Prosvita’s executive board relocated to the North Winnipeg Credit Union, and their funds were transferred into a Designated Fund in the Shevchenko Foundation. The Ukrainian School “Ridna shkola” operates from the Andrew Mynarski School. The Reading Association School “Ridna Shkola” has 10 grades and opens its doors to students every Sunday. A large number of books from Chytal'nia Prosvita were donated to the Slavic Collection,  Elizabeth Dafoe Library (University of Manitoba), with the remaining books deposited throughout libraries in Ukraine.


Posted by James Kominowski at 3:27 PM No comments: