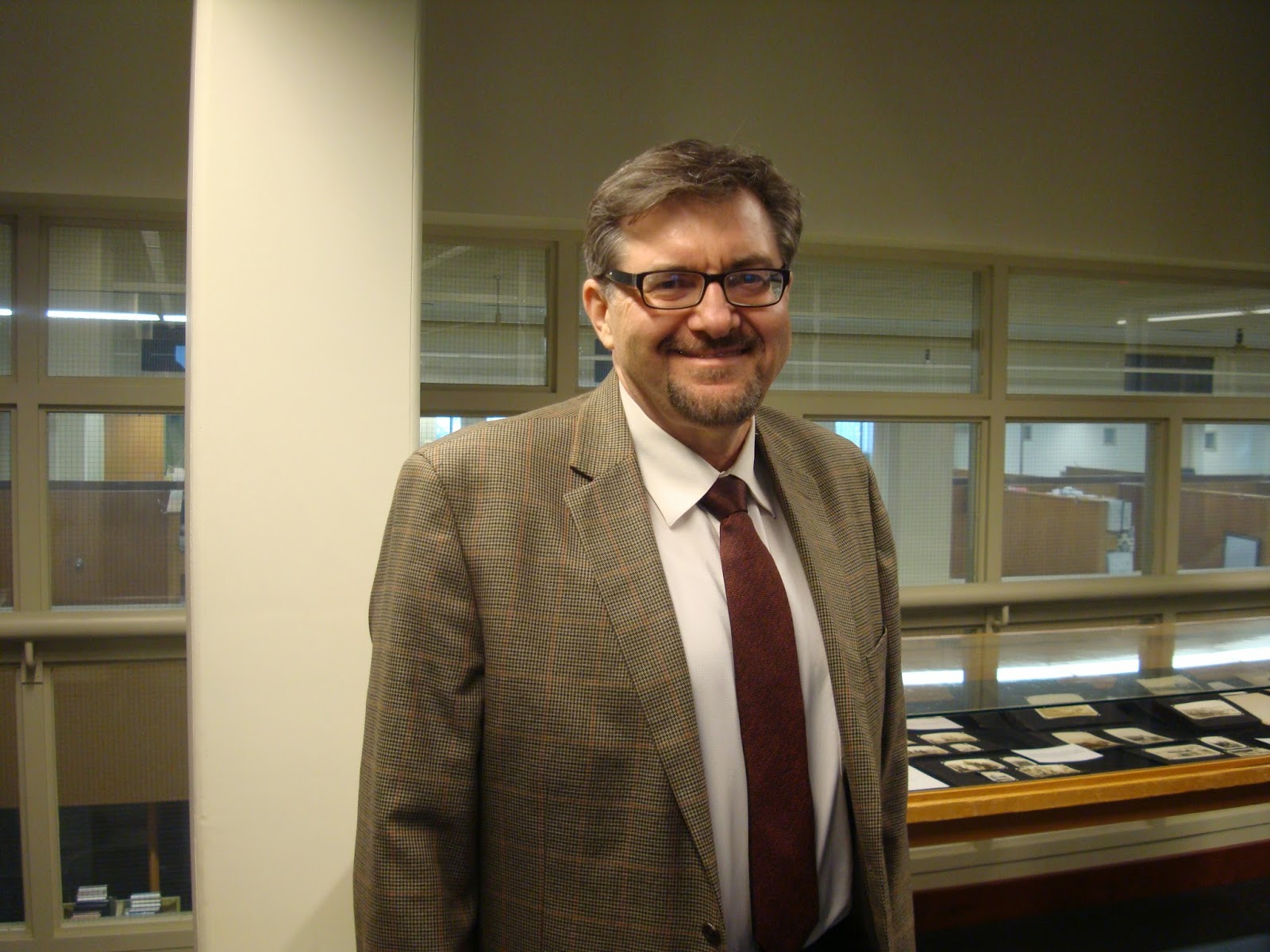 Dr. Serhii Plokhy in the foyer of the
U of M Archives & Special Collections March 20, 2015 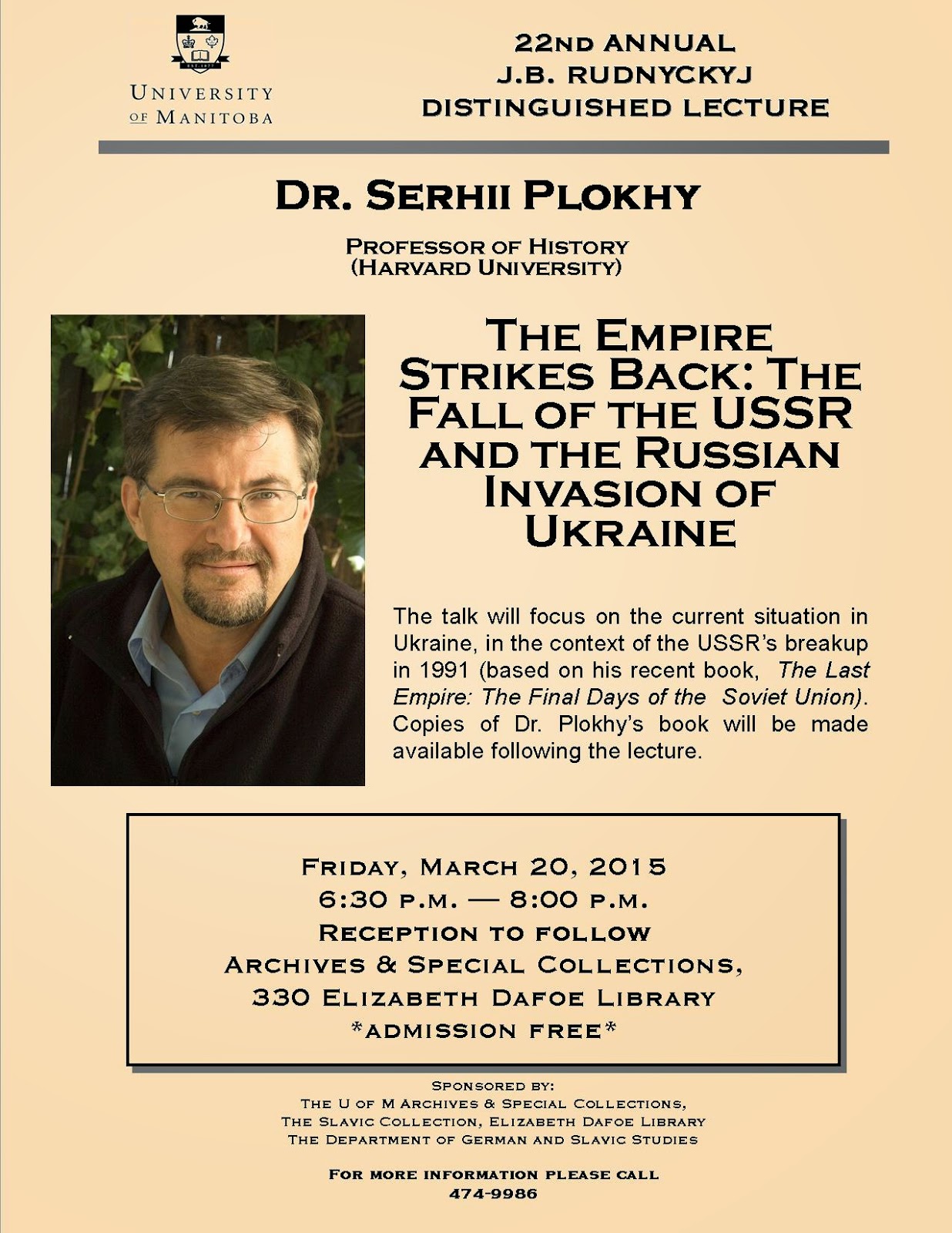 Advertisement for the 2015 J.B. Rudnyckyj Lecture

The 22nd Annual J.B. Rudnyckyj Distinguished Lecture took place on Friday, March 20, 2015, in the University of Manitoba Archives & Special Collections. The guest lecturer for the event was, Dr. Serhii Plokhy, the Mykhailo Hrushevs’kyi Professor of Ukrainian History (Department of History, Harvard University), and the Director of the Harvard Ukrainian Research Institute.  His lecture titled, The Empire Strikes Back: The Fall of the USSR and the Russian Invasion of Ukraine, discussed the current situation in Ukraine, in the context of the USSR’s breakup in 1991 (based on Serhii Plokhy’s recent book, The Last Empire: The Final Days of the Soviet Union).

The well-received lecture had over 150 members of the university and external communities in attendance. The talk was sponsored by the U of M Archives & Special Collections, the Slavic Collection (Elizabeth Dafoe Library), and the Department of German and Slavic Studies. Following the lecture, Dr. Plokhy continued to answer questions at the reception that followed his talk, and signed copies of his book,  The Last Empire: The Final Days of the Soviet Union, that were made available courtesy of the University of Manitoba Fort Garry  Bookstore.


Dr. Plokhy has written extensively on the histories of the Russian Empire, the former Soviet Union,  and Ukraine.  Some of his other books include: The Cossack Myth: History and Nationhood in the Age of Empires (2012); Yalta: The Price of Peace (2010); The Origins of the Slavic Nations: Pre-modern identities in Russia, Ukraine & Belarus (2006); Unmaking Imperial Russia: Mykhailo Hrushevsky and the Writing of Ukrainian History (2005); and The Cossack and Religion in Early Modern Ukraine (2001).

Posted by James Kominowski at 4:43 PM No comments: