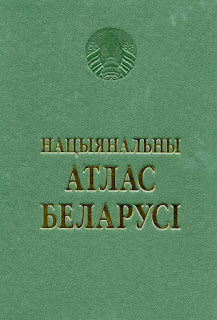 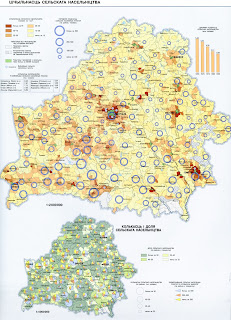 Many of the post-Soviet countries have published national atlas's since becoming independent in 1991, including, Belarus. The National Atlas of Belarus (2002) is divided into 19 sections, and focuses on such areas as: territory; population; climate; ecology; agriculture; culture; science; and industry, In addition, there is a section devoted to the history of Belarus, for example,  several maps cover the period of the Grand Duchy of Litva.  The atlas was created under the auspices of the Council of Minister of the Republic of Belarus, whose committee oversees land resources, geodesy and cartography.

The  National Atlas of  Belarus is held in the Atlas Section in the Elizabeth Dafoe Library's Reference Room, under the call number G 2145 R4 2002


Posted by James Kominowski at 5:57 AM No comments: